Many people own smart TVs nowadays. And they are such a convenient tool to catch up on series, shows, and movies. Did you know that you can also change Netflix region on your smart TV and enjoy content from restricted areas?

When you buy smart TVs, they have apps that suit your region. Therefore, apps such as Netflix can limit what you can access online, based on your location. Some people believe that TVs are immune to Netflix’s proxy errors. This is not true. You’ll still need to change the Netflix settings using a smart TV. So, here’s how to change Netflix region on your TV: 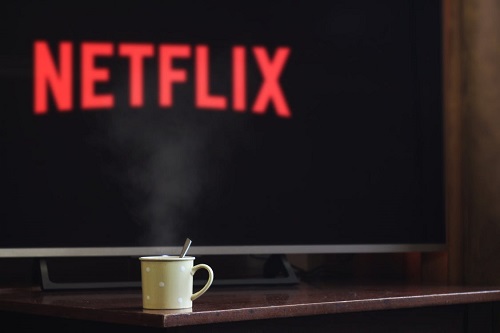 Smart TVs that have an Android operating system in them allow you to install the VPN apps easily. You can do this comfortably from the Google play store. Once you download, run, or install the app on the TV, you change Netflix region.

If your TV doesn’t run on Android, but can still access the play store, you should always easily install the VPN app and change Netflix region. However, if this isn’t a possibility, here’s the next option that you can use.

Use a VPN Router to Change Netflix Region on Your TV

In case your TV doesn’t use the Android system, and can’t also access the play store, this is the other alternative you use. A VPN router enables you to change Netflix region easily on your TV so that you can binge-watch from any part of the world.

The other advantage of using a VPN router is that any device that connects to it will enjoy the benefits of that virtual location. Some routers come already flashed and installed with a VPN. However, for others, you’ll have to install it yourself manually. The downside of getting pre-flashed routers is the pricing. You’ll be shocked at the figure they give you to pay when you purchase such routers. But it’s not worth it in the end.

After all, you can evade these exorbitant costs by flashing compatible routers with your VPN software. However, be careful not to brick your router in the due process, making it unusable. The best way to go about this and minimize the risk is by using a VPN that’s compatible with your router.

Once you have installed the VPN on your router, your smart TV shares the connection. This makes it easy for you to connect to a server in a different location when you change Netflix region. If this option still fails, then try the next one below.

Another way you could go about connecting your smart screen to a reliable VPN is through network sharing. Connect it to your laptop or PC through an Ethernet cable. This gives your smart TV the ability to share the same internet that your computer is using. Therefore, if you’ve connected the computer to a VPN, the screen will also share the same VPN. And this implies that you can easily change Netflix region and watch from your chosen location.

Why You Need a VPN to Change Netflix Region

The best about smart TVs is that you can stream content from different apps, including Netflix. However, apps such as Netflix have the geo-blocking we’ve talked about earlier. And this will prevent you from watching content from specific regions. That’s why it’s essential to change Netflix region, so that you can enjoy such content.

A reliable VPN will enable you to change Netflix region and view content from other parts of the world. And there’s no other way to go around this because every device uses an IP address. Netflix checks the IP addresses of all devices that are logging in to their accounts. They’ll only show you what is within your boundaries.

Is it Safe to Change Netflix Region Using a VPN?

Yes, it’s safe to change Netflix region. In fraudulent caught, the worst that can happen is a warning from Netflix. After all, the copyright signed between Netflix and the third-party’s theirs to enforce. And don’t worry about your account; they won; these it down even if you get caught. But like we’ve said, the best way to change Netflix region is by avoiding free VPNs and opting for the paid ones.

Winding up, you can change Netflix region even on your smart TV. You just need to use a reliable VPN to do so.