Most web developers start out by using Notepad or Notepad++ by simply typing out the needed code. Many Ruby IDEs work with more than just Ruby, and are offered as standalone plugins by companies that aimed to build something that could be enjoyed by all.

Given the demand out there for strict Ruby IDEs I decided that I would put together this article looking at what I feel are the top 5 Ruby IDE solutions for Ruby web developers. 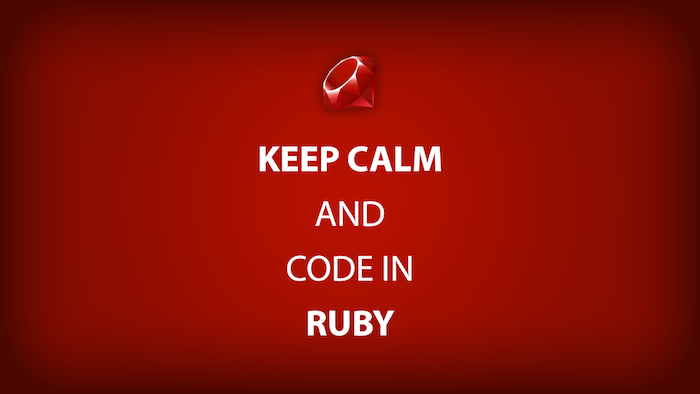 Aptana is an open-source development environment that’s about as old as time itself. It was once known by the name RadRails before Aptana realised they should just integrate the entire plugin to their main development editor.

As such it can’t be downloaded by itself anymore. There are other IDEs with Aptana for you to enjoy including:

Aptana Studio 3 will suppor development to most of the application and framework hosting platforms around, as well as making it easy enough for you to build and test code no matter where you are. It’s also worth mentioning the Git functionality and how the platform makes it take just a few clicks to deploy in Git.

JetBrains are behind some of the greatest IDEs around and everyone knows it. The trend continues with RubyMine, which is the most sophisticated and modern Ruby IDEs there is. There is a price of course, but it also comes with a 30 day free trial. There are also a range of free plans on offer for teachers, educational institutions, and non-profit organisations. For everyone else the plans start at just $20.

RubyMine is constantly being updated with new features. With this environment you’ll be able to stay on top of several projects at once, code quicker with Zeus functionality, and Rails integration for easily creating and launching applications. The IDE is also great at structuring files and recognising what is and isn’t important.

NetBeans discontinued their Ruby IDE support in 2011 after Oracle released a new Java Dev Kit. The plug was pulled because anyone who was serious about continuing with it felt that Ruby was just too shallow. The community quickly came up with their own solution; a NetBeans ruby and rails plugin.

It’s gone on to become one of the most popular plugins in the database as it provides Ruby programmers who enjoy NetBeans with a full IDE solution. Ruby for NetBeans gives developers everything they could want out of a full Ruby IDE.

Developers should be able to buy the things that will help them over the long-term. They should especially be able to afford things that make it easier to write, launch, and debug code. Experienced developers should definitely consider Komodo if they want something that works with more than just Ruby. Komodo supports the following languages:

Komodo also has a lot of features packed into it. Komodo offer a free version of their platform for people creating non-profit and open-source projects. If you aren’t then there is a 21-day trial and a full developer license will cost you $300.

Our final Ruby IDE for you is “Arcadia”. This is the only IDE that was written in Ruby, for Ruby. There isn’t any support for other languages because it is focused 100% on Ruby. It can also take a little time for updates given that the project is not manned by a huge corporation.

Arcadia has been in beta since it was released in 2010 but that doesn’t mean it isn’t used by a lot of people. We’d like to hear from some of those people and learn more about what they are making with Arcadia and how they find it.

When I thought about creating this list I wanted to create one for Windows, Mac, and Linux, but it turns out most of these IDEs offer cross-platform support. There aren’t many other IDEs out there, other than simple editors that don’t deserve to be considered IDEs.

We hope that you found this list informative and that you have found yourself a great Ruby IDE to work with.