Chatbots have been around for a very long time, and believe it or not, some of the very first “chatbots” came out in the 1990’s as automated voice systems and integrated bots in messenger applications when the internet started booming by the year 1999. The first chatbot was actually introduced in 1966 when MIT alumni Joseph Weizenbaum created the first “automated chatterbot” (coined later in 1994) named ELIZA.

In 1972, the next chatbot simulated schizophrenia, and was named PARRY. The first “online” bot named A.L.I.C.E. was made in 1995. In 2001, Smarterchild appeared. Since then, the online world has evolved, and chatbots are being integrated into social media platforms, and escape the planes of voice applications. 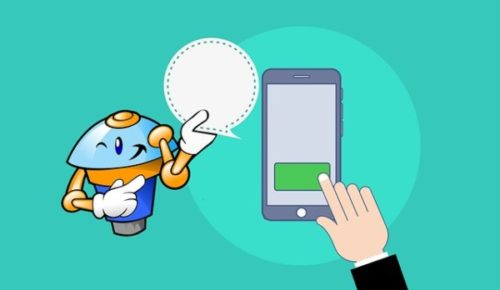 Since chatbots (resource: what is a chatbot) have been becoming more popular over the years, the year is currently 2019 and approximately 25 percent of the human race is estimated to use instant messaging programs. One of the most popular of all of them is Facebook Messenger, which is home to approximately 2.37 billion users, with more than 350 million being active at one time. This doesn’t necessarily include all the businesses and pages out there on Facebook either.

Therefore, it’s estimated that nearly 80% of all enterprises are going to be using chatbots like ManyChat by the year 2020. There are numerous reasons why they use them, and despite the automation tactics, by the year of 2022 even, there’s going to be even more (up to 90%) will be using them.

The awesome thing about chatbots that is strikingly becoming more and more popular is that they can act as fully automated virtual assistants, offering technical support, be able to increase revenue up to 400% and are often connected with other web apps to synchronize with things like Facebook Messenger, e-mail marketing campaigns and more. Once a chatbot is fully developed and utilized with all of the automation triggers, it can literally run the online portion of the business, and allow a more tailored experience for the customers, which in turn creates more quality and customer satisfaction, even bringing in more.

There are numerous courses online when it comes to chatbots. Many freelancers are starting to take hold of the classes, but they’re often nothing more than the advanced knowledge you would get off of the chatbot’s website itself, or there are numerous YouTube videos out there which are made by people that simply tell you the way they programmed their chatbot to work for them. Unfortunately, this doesn’t do anything for you other than basic knowledge, because every business, customer, and user experience is different, so yours must be tailored to you.

Smart Bot Marketers offers full online courses, which feature premium knowledge and videos that are only available through the course. You’ll learn numerous features which can help to reach your customers and provide a full Facebook Messenger experience. They have more reasonable prices than most freelancers and other businesses out there as well, and once you set up your powerhouse chatbot with the help of a true ManyChat expert, you can achieve almost anything.