Agario Unblocked :- Ah, the fun, addictive game that is the beautifully crafted, simple, Agar.io! It surfaced pretty recently, and has been addicting people to the simple premise, and the easy learning curve, that is Agar.io!

The agario unblocked game itself is really simple: You are a cell in a myriad of cells, and you have to “eat” food to grow, and avoid bigger cells, who can feed on you. You feed on the smaller cells and the food particles that are around the simple map, and your challenge is to avoid the other bigger cells for as long as possible. It’s easier said than done when you start out though, because the server you spawn in will have players and clans that work together to make sure you never grow big, and even if you do manage to, you become way slower when you start growing bigger.

Those of you who watch House of Cards might have come across this game in the show, Conway plays the game extensively in the fourth season. Conway explains the rules to Underwood, “You start as a little itty-bitty dot, and you eat the other dots to get bigger. The bigger you get, you have to avoid getting eaten by larger players. While you’re doing all this, you also have to eat the smaller cells”, to wit Underwood (Kevin Spacey) replies “Oh, so it’s kind of like running for president”

So how do you play it agario unblocked anywhere? 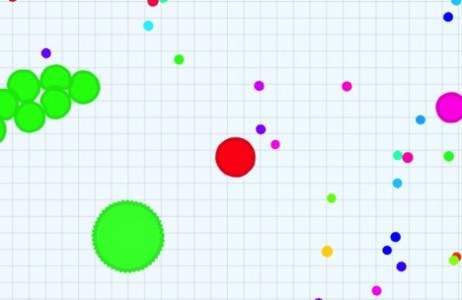 As pretty much all of us know, lots of sites (Hint: Reddit, Facebook) are banned in most corporate environments. Well, so do other people, apparently, because they’ve made a website, acting like a VPN service, which lets users who have the official site blocked on the network access the game. It’s called alliogames.net, and it basically lets you play the game in your free time (Ahem, I’ve never played in a meeting, honest!) in the workplace/College or unblocked agario at school. This becomes really useful if you have a lot of downtime at work and have nothing else to do.

Differences in the site

The Agario Unblocked server offers pretty much the same mechanics as the official site, as in you basically avoid bigger guys and feed on agars to grow in size. But it does offer slightly different gameplay in the sense that it’s more about strategizing and the way you control. It’s improves on the base game slightly.

Did you manage to play Agario in your workplace? Comment below and let us know!