The credit score system is making a lot of people try their best to be better and have an excellent score, to do this, however, it can get a little difficult sometimes. Whether you’re an individual or a business entity, there are ways to boost your overall score. Tradelines and the authorized user tradelines are an important tool for anyone who needs to get a better credit score.

Take a look below at some of the important information about it that could prove useful. 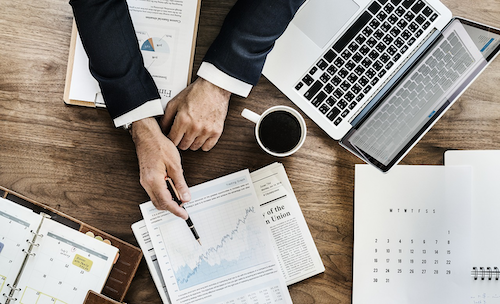 What’s the difference between tradelines and the authorized user tradelines?

To put in simple terms, tradelines are basically credit grantors that have accounts together with you as an individual or a company. You make purchases of goods and you pay it later, it’s then shown in the report with the total balances, owed balances, and payment history. Then those grantors just report to the business credit bureau to show your history; it’s a tool that’s used to get a better score faster. According to the people at Personal Tradelines, the authorized user tradelines produce accurate credit reports because they are basically revolving lines of credit in which someone places another as an authorized user account holder, then the tradeline is shown on the user’s credit report. They call it an ”authorized user” because the person added is simply allowed to use the credit card only, but has no obligation of any repayments.

What are its advantages and disadvantages?

The thing about authorized tradelines is that the user added pretty much inherits the past payment history and characteristics of the account established by the primary account user and the cardholder. This is why credit scores can drastically increase when a person is added as an authorized user to an account with a good standing and no negatives. But, at the same time, the credit scores can decrease if that same person is added to an account with a bad standing and a lot of negatives. Nonetheless, this method is still being used to this day and doesn’t seem to be going away anytime soon.

It’s essential to understand the importance of frequent reporting, the best way for you, in the long run, is to have them report it on a monthly basis. Which they already do, fortunately, you don’t have to worry about slow credit score building. The only time it would possibly take longer to post the reports per month is in the scenario that you order a trade line that is too close to the report date, so in this case, you would have to wait until the next reporting cycle. Which is one month plus several days, give or take a day or two.

Having your credit score grow, is something a lot of individuals and companies seek to achieve, and constantly making it grow without any setbacks is something that’s hard to do alone. So with this method, you are guaranteed some benefits and it’s been proven quite handy for you whenever you want actual proof of a good score for anything you want. Whether it’s a loan or a business deal, it’s all good in the end.