When it comes to ranking few best, most reliable, cost-effective and efficiently working monitoring apps, TheOneSpy app comes to the number one on the list. There are multiple attributes that make TheOneSpy a fantastic app and voice of all Android users who look forward to selecting a perfect monitoring app.

This app is unique and stands on top due to its fantastic and innovative features that most of the monitoring apps have never provided. The write-up includes the salient features of TheOneSpy, why it’s worth using, functionality and customer care service.

TheOneSpy app offers a wide range of features that only aim at improving the monitoring of targeted devices. It’s worth mentioning that TheOneSpy is compatible with all Android, iPhones, and Blackberry devices but here we would mention the features that are best for Android phones because we are discussing the best Android monitoring app, TheOneSpy.

With bugging feature, the Android users can control camera and mic of the targeted phone. With mic bugging, you can listen to sounds and voices in the surrounds of the phone while with camera bugging, you get captures, photos, pictures and everything in the surrounding. The sounds are recorded while photo files are uploaded in the dashboard where the user can check. This is a very demanding feature because it’s innovative but TheOneSpy app is the first monitoring app to introduce this amazing feature.

Monitoring calls and text messages from the targeted device has been in demand, and these are the most popular features that many monitoring apps provide. You can check all the incoming and outgoing calls, their details, time durations and even details of the person who was called. Text messages are also monitored to check what’s going in the life of your target user and who he/she communicates through text messages. This is acceptable to parents and spouse who remain worried about the safety of teens and partners respectively.

Parents need to get updates about the locations of their children. TheOneSpy offers this feature so that you can track the live location of your target Android user. You can get the history of all locations where your target user has been and visited weekly location history and mark certain areas as safe and unsafe as well. This feature is prominently favorite among the parents because they are curious where their teens go when they are sent to schools and colleges.

Instant messengers include Facebook, WhatsApp, and Skype, Line Messenger, Gmail and other social media apps. Now you can check what your target person is doing on the social media, who he/she communicates with and what are their other activities. People have started using these messengers, and their use is increasing day y day so monitoring them on instant messengers becomes inevitable.

There has not been any trend in the past for checking internet histories of the targeted person, but nowadays smartphones have replaced the traditional phones. Thus, it became a need of the hour for users. Now you can check which sites, apps and pages the user have been searching and browsing. This feature is useful for parents who want to keep their teens away from inappropriate research. The parents can warn their teens and remove those apps and sites from their phones too. 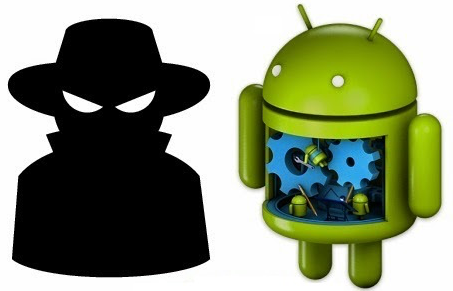 Though market of monitoring apps have become very competitive TheOneSpy hails as the best Android tracking app with millions of users across the world. Its features, functionality, easy installation, user-friendly payment methods, professional support in customer and technical issues and accurate reporting make TheOneSpy app second to none. It’s unanimously the most reliable monitoring app in the market in this time and age.