When developing mobile apps, there are only two games in town: Android and iOS. For native app development, these are the two primary choices. Determining which operating systems are the best model for the app you want to develop is a crucial first step. There are considerable differences between iOS and Android apps and iOS and Android development. Today, we’re going to try and determine which operating system is more challenging to develop for and each platform’s overall advantages and disadvantages. 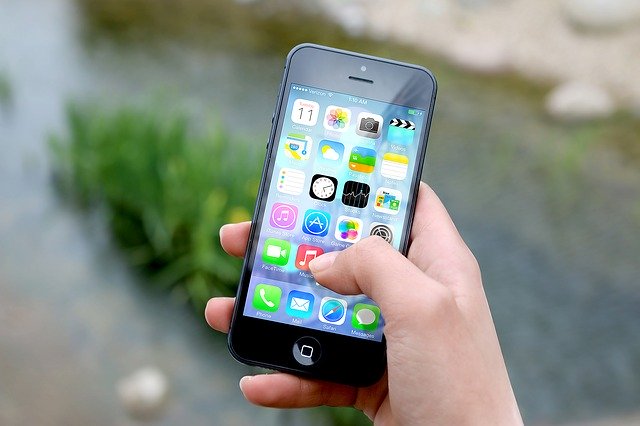 Let’s first look at Android. Android app development certainly has many advantages, especially if you are developing a mobile app for the first time. So let’s pinpoint the pros and cons of app development through Android first of all.

Minimal restrictions. Android, first of all, is an open-source platform. Unlike iOS, which is run exclusively on Apple phones, Android is the standard for almost all non-Apple devices currently on the market. For this reason, Android developers have a lot more flexibility than iOS developers.

Apps developed for Android will run on more or less any Android device without compatibility issues.

Accessible coding languages. App development involves a lot of coding, so when deciding which platform you want to develop for, which languages you’re comfortable coding in is an important consideration.

Android officially supports Java and Kotlin. Java has been a favourite coding language for decades and is a favourite for cross-platform apps.

Publishing. Getting your app onto the Google Play store is typically much less of a headache compared to the Apple app store. Apple is very selective about which apps they publish, whereas Google will approve most apps that don’t violate their content policies. Further, at only a one-time registration fee of $25, it’s really cheap to publish on the Google Play store.

Developing apps for Android mobile is simple enough for a few reasons, which makes it highly advantageous as your choice of platform. But there are, of course, a few drawbacks as well.

Development time. When looking at iOS vs Android development, it’s pretty clear that Android is at a disadvantage in terms of the time taken for the average app developer to complete an app.

This, in turn, makes developing for Android more costly, not to mention that Android users tend to spend less on apps and in-app purchases than iOS and iPhone users.

Design and UI. The lack of restrictions on devices that can run on Android is in some ways advantageous, but it can also lead to significant difficulty in developing the UI for your app.

You will need to be accounting for many screen sizes and resolutions for your app, rather than the more standardized UIs of iOS app development.

Security issues. It has to be said that iOS and Android certainly have vastly different levels of security. The open-source nature of Android software does mean that Android users have a higher chance of their data being compromised in a cyber attack.

Security should always be a significant priority when developing apps.

iOS development is often considered to be the best route for first-time mobile app developers to use. iPhone development is much tighter and more standardized since it’s the sole operating system of a single manufacturer. Let’s look at the main pros and cons of developing for iOS.

Performance. Possibly the main difference between iOS devices and Android devices is the relative performance. iOS and Apple devices tend to perform better and are more highly optimized. Developing for iOS is extremely fast and easy, and bugs are rare and easily fixed.

Device integration. One of the main differences in the development process regarding Android vs iOS is Apple’s huge standardization compared with Android.

Uniform design. Unlike Android, it’s much easier to develop apps for iOS since there’s a strict uniformity to the layouts of apps. An iOS developer is given a clear guideline by Apple on the simplest way to design and program a user interface.

There are downsides to this, too, as I’ll get into, but depending on your needs, developing iOS apps is inherently simpler due to its uniform layout and development guidelines.

Restrictions. Unlike the Google Play Store, the Apple App Store is quite particular about what they allow on their platform.

Rigid guidelines mean that Apple users tend to get a more curated selection of available apps. This does mean that getting your app published in the first place is more difficult on iOS. You may spend a lot of time building your iOS app for it to be then not approved by Apple, and you’ll be forced to rebuild it.

Lack of customization. Those same guidelines also mean it’s more difficult for an iOS app to be built from the ground up by the developer-which can be both a blessing and a curse. The customization is minimal. Your app will need to fit Apple mobile devices and the narrow framework of Apple’s mobile app development.

These are the downsides to that uniform design that I mentioned. Precisely what kind of app you’re developing is essential here since iOS, and Android apps have such different levels of customization. You’ll need to decide what app features you want to implement and what level of customization you’ll need to do that.

Audience. The demographics on device ownership are pretty straightforward, and Apple’s audience is much more limited. Android OS is essentially a worldwide system, and if you’re targeting a global audience, Android is almost certainly the way to go. Apple device users tend to be affluent, younger and primarily from Western Europe, North America and Australia.

So, which is more complicated, then? The most straightforward answer, for my money, is that as long as you stick to their rules and guidelines, developing apps for the iOS platform seems to be less complicated in a lot of ways. Android versions of almost any major app almost always come after the iOS version, giving you an idea of what the industry in general feels. Developing an app in iOS is more straightforward, but which is best for your app depends on what you’re trying to achieve. Both Android and iOS development have advantages and disadvantages, but with iOS, you are making it easier for yourself in a few fundamental ways. Since we know how difficult it is to develop a mobile app something that is straightforward and easy is betting on online casino sites and winning big.