Panerai designed its prototype dive timepieces for Italian military divers in 1936. Its timepieces, known as Radiomirs, began production two years later. In the mid-1950s, Panerai introduced a new model with a curved crown protection bridge. Luminor was the name given to it. Until 1993, Panerais were only sold to the military. Previously, collectors seeking a Panerai watch had to attend bidding.

Because of their military background and very simple design, Panerai watches have a powerful, sturdy, utilitarian character. Such large watches with simple, simplistic movements give the impression of wearing a large military instrument on your wrist- tough, masculine, and bold. Many men are drawn to Panerai watches because they are simple yet affordable. Here’s a list of the most sophisticated Panerai Luminor watches. 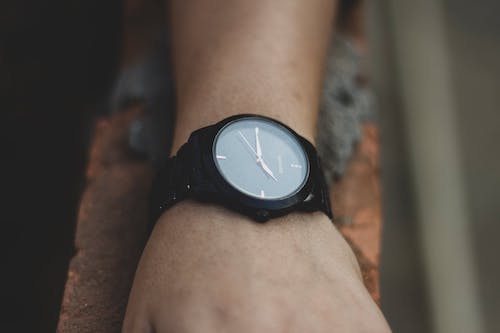 One of the most sophisticated Panerai Luminor watches for men is the Panerai Luminor Luna Rossa GMT 42mm Watch. Panerai has released a limited edition Luminor GMT model decked out in the team’s signature colors with a dramatic material twist to celebrate the company’s ongoing partnership with team Luna Rossa ahead of the 2021 America’s Cup. The Panerai Luminor Luna Rossa GMT limited edition offers each buyer a unique look by adding a slice of the team’s state-of-the-art yacht into the advancement. It has the renowned Luminor cushion case shape, with short straight lugs and a prominent locking crown guard. The case’s main body is sandblasted titanium for a dark matte appearance, while the smooth bezel is made of Panerai’s exclusive Carbotech carbon composite material.

The classic Panerai sandwich dial surface is made here from Scafftech, a carbon fiber composite made from the hull and hydrofoils of the Luna Rossa AC75 yacht. Its signature vibrant red tone is used sparingly as an accent here, creating visual enhancements for both the 9 o’clock small seconds subdial and the 12 hour GMT hand that contrast sharply with the blacks and grays of the dial. The watch is powered by the brand’s in-house automatic P9010/GMT movement, which has a 28,800 bph beat rate and a generous 72-hour power reserve. Panerai completes this model with a simple black alligator leather strap.

This sophisticated timepiece was created in collaboration with French freediving champion Guillaume Nery. It connects the PAM 1389 dive watch’s utilitarian dial architecture with the 47mm PAM 615 Flyback Chronograph’s movement and titanium case, while also introducing two new elements: a matte blue ceramic bezel and a mottled “shark grey” dial. The reverse of the case features a silhouette of a diver, a small school of fish (as inexplicable as their presence may be), Nery’s signature, and his personal best of 126 meters. The beautiful blue tones and textures feel like a natural match to the source inspiration, creating seamless assimilation into the existing Panerai collection. It employs Panerai’s in-house developed coal. P.9100, a column-wheel flyback chronograph movement with a power reserve of three days. It has a running seconds counter at 9:00 (which resets to zero when the crown is removed – a nice touch) and a 12-hour totalizer at 3:00.

Panerai successfully launched the Panerai Luminor Submersible 1950 3 Days Automatic Bronzo PAM 671, or “Blue Bronzo” – a beautiful and befitting successor to the watch that catapulted bronze into the luxury spotlight and, ultimately, helped restore patina to its former glory. While the watch appears to be aged, the patina is an elemental shield of sorts, and the novelty of being unique to its wearer is almost a trite. When you dive with this watch, it will exhibit characteristics more akin to the nautical equipment that inspired its casing.

Sweat from exercise, humidity from tropical regions, and other factors all act as catalysts in the oxidation process, which can be reversed but never completely erased. It has a 47mm case diameter and the Panerai-made 9000-series automatic caliber, which is visible through the sapphire window in the titanium back case. The PAM 671, on the other hand, receives the 9010 Caliber, which is a slightly thinner (by only 1.9mm) movement with three more jewels than the previous PAM 382. The same 4Hz amplitude and generous 3-day power reserve can be expected in terms of timekeeping.

It has a date at 3 o’clock and a sub-seconds time at 9 o’clock with a cyclops magnifier over it on the sapphire crystal. Skeletonized hour, as well as minute hands, is common for Luminor Submersible watches, and Super-LumiNova is necessary for a dive watch, even for the seconds hand and its indices. It comes with a black caoutchouc (natural rubber) bracelet, an extra canvas strap, and a strap-changing tool.

The Panerai Luminor Submersible Left-Handed Titanio PAM569 was charismatic and sporty, and it proved versatile and comfortable in a variety of situations. As its case is made of titanium, it is remarkably light and strong, but also has a more gray color than steel and will show signs of wear faster due to titanium’s proclivity to scratch. This watch has a vintage-style element to it. The face of the watch also has a “clos du Paris” pattern, which distinguishes it from the cleaner matte dial found on other Panerai Luminor Submersible models. The Panerai caliber P.9000 automatic movement is housed inside the 47mm wide watch. This 4Hz (28,800 bph) frequency movement has a three-day power reserve and displays the time, subsidiary seconds, and date.

A Panerai watch holds value due to its larger-than-life appearance that truly captivates, as developed in true Italian style. While the appearance of Panerai watches is the first thing that you will notice, the sheer quality of the product is the next thing that will become apparent. Panerai has a strong reputation for breaking new ground and establishing new trends.