It is commonplace for virtual enthusiasts to stay ahead of the headset trends in the VR world and crowdfund for exciting projects. Pimax has always delivered quality to improve the gameplay experiences of backers. This Chinese company has upped its game by introducing the Pimax 8K, which is a higher version of Pimax 5K. This post will discuss the product specifications and how backers have found this a world-class VR headset. 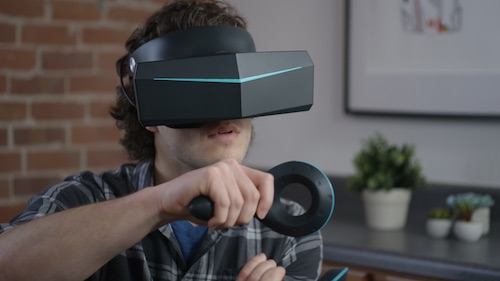 Pimax 5K/8K headset makes two versions of one VR product. The Field of View (FOV) in Pimax 5K is 200 degrees with 2,560 x 1,440 resolution for each eye. However, the resolution in Pimax 8K doubles that to have 3,840 x 2,160 with the same FOV. And backers who have experienced it commended the increased FOV, higher density, and pixel intensity which is at 16.6 million.

Outcomes of the Last Campaign

At the last CES campaign, over 6,000 backers helped the company raise more than $4.2 million. Manufacturers focused the visibility of the product and providing clarifications for all questions related to it. Many backers were wowed by the blend of function and entertainment which Pimax 5K/8K provide. In fact, one can argue that this is the first ever 8K headset that the VR world will receive. Interestingly too, it beats Oculus Home and other headset manufacturers to it, as Pimax has produced quality in very little time.

Pimax 8K is an upgrade of 5K coming with improved graphics input and enhanced resolution. It uses a customized low persistence liquid (CLPL) display which presents the image in a stretched view. Backers can enjoy using this headset while sitting, standing, or for room-scale positioning tracking.

It also comes with an adjustable headset strap/headband that doesn’t make the user look or feel clumsy. Pimax 8K has a customized VR frame or fit glasses for an enjoyable usage. The availability of the HDMI port works with the highly functional cable which can handle much load.

The Brainwarp software makes the VR experience even better. It displays images sequentially in 150/180 seconds and switching quickly between each eye without the backer’s knowledge. This software has low latency and GPS pressure but a quicker refresh rate of 75/90 Hz per eye.

In the VR world, it’s almost impossible to not struggle with SDE. Pimax 5K/8K headset has significantly reduced SDE when compared with Oculus or Vive. With the improved pixel density, you may hardly ever notice this effect.

Pimax also provides improved lenses that reduce the risk of nausea and motion sickness – another big issue in the VR world. Hence, you can enjoy more creativity as you move around freely without the panic of any of these downsides.

Last year, consumer Pimax 5K/8K VR headset was projected to be available in the first quarter of 2018. But at the CES, backers who tried on the prototype described it as impressive, with reduced screen door effect, and resolution that increased how much one could view. The installation is easy; it supports SteamVR, and has good sound quality. However, there were claims that the slightly dim display affected the overall experience to an extent.

The best part of the Pimax 5K/8K headset is the hand tracking module in the 5K and the controller in the 8K. Likewise, it is light-weight and sits around the head just fine. Also, the fan cooling options keeps the face calm. Plus – next to 8K is the Pimax 8K X and there’s no doubt that backers will anticipate this as well.

Production and Current Stage of Development