Fossil fuels are amongst the most popular energy sources around the globe. They find application in all types of industries ranging from low-scaled to large-scaled. Oil sands are among the many types of fossil fuels. They are made up of several components like sand, water, and bitumen. Oil sands are highly viscous and require a lot of processing before reaching its usable form. Due to this reason, oil sands are less popular as compared to their counterparts. 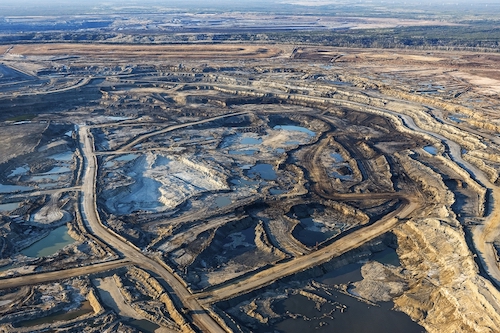 Oil sands are found in different areas of the world with North American countries being most rich in its reserves. If oil sands are processed effectively after removal, they become as useful as conventional fossil fuels. Due to this reason, many mining companies are investing in areas with oil sands reserves. Let us take a look at the different benefits and drawbacks of oil sands.

Some of the major benefits of oil sands are given below:

A Large Number of Reserves:

One of the biggest benefits of oil sands is that they are available in a large quantity. The main reason for that is their lesser usage industrially. Out of all the types of fossil fuels, they are the least extracted. A great number of oil sands reserves is untouched at the moment, presenting an excellent opportunity as a sustainable future source. Oil sands reserves provide a golden investment opportunity to international companies to utilize their potential.

The economic benefit of oil sands is another factor that makes it highly beneficial. Countries like Canada are earning a huge amount of money by exporting fuel produced from oil sands. Oil sands have not only helped countries that produce it but also the neighboring countries for meeting their energy demands. In addition to this, oil sands have also resulted in providing many employment opportunities.

The countries producing these fossil fuels have become less dependent on oil producers from other parts of the world. That is why there has been a significant increase in the GDP of the countries that produce and process oil sands. Not only this, due to the emergence of oil sands as an alternative fuel source, prices of oil will likely go down. This helps in running a wide range of industries at a convenient cost.

Oil sands are considered as a highly dependable source of energy because of their availability in abundance. As all the other types of fossil fuels are threatened due to frequent mining and extraction, oil sands provide an alternative. When all other energy sources will be eradicated, oil sands will play a vital role in meeting the energy needs.

Keeping the future potential in mind, many countries are shifting their dependence on oil sands for meeting energy needs. This will put less pressure on the leading oil producers for meeting requirements of different countries around the world. America is currently the biggest buyer of oil sands from Canada and planning to continue this partnership.

A big drawback of oil sands is their adverse environmental impact.  Oil sands are amongst the biggest contributors in the depletion of the ozone layer. The reason behind it is the emission of harmful greenhouse gases like carbon dioxide by oil sands. After the extraction of bitumen, the water gets very toxic and becomes life-threatening for all kinds of aquatic species.

The waste material produced from oil sands is also highly harmful to the environment because of its toxic nature. That is why the extraction of bitumen from the sand is done with special care to prevent environmental hazards. If the bitumen is removed through heating, the chances of harmful emissions increase to a considerable amount.

Need for Huge Amount of Water:

One of the biggest drawbacks of oil sands is that it requires a huge amount of water for extraction. According to an estimate, there is one-third ratio between oil sands and water for effective extraction. Due to this reason, there is a lot of consumption of water while extracting oil sands. You cannot recycle the water properly and release it back to the source. 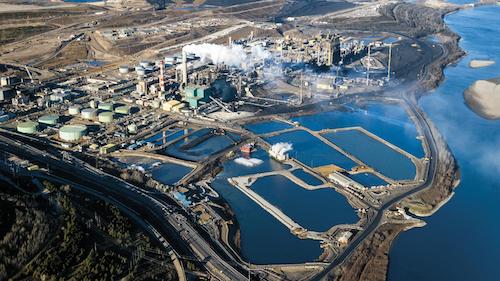 The Extraction Process is Extensive:

The extraction of oil sands is not as simple as it appears. The excessive amount of water required to extract quality oil sands is a big problem on its own. But in addition to that, the area has to be scanned first before extraction.

Everything in the extraction zone has to be cleared out from little bushes to large trees. This causes a huge disturbance in different ecosystems. Moreover, removing all the trees and other stuff from the site is a huge task that requires a lot of workforce and time.

Unlike other fossil fuels, the processing of oil sands is not simple. Initially, the extraction of oil sands is done, which is not easy. The upgrading of bitumen into a much more refined form will then follow, which is a time-consuming process. Also, due to the viscosity of oil sands, a lot of it gets stuck during processing. In most cases, reliable forged steel check valves are used to address this problem. They make sure that there is no backflow that might contaminate the entire process.

The final step of processing is producing highly demanded fuels like gasoline from oil sands. This process also requires a detailed mechanism that takes a good amount of time.

If you compare the net energy return of oil sands with the conventional fossil fuels, it’s on the lower side. It means that the ratio of energy generated from oil sands and energy spent on producing them is not very positive. This is why oil sands are not vastly used for high energy applications like rocket fuel and power plants.

Oil sands both have their strengths and weaknesses. They are not the preferred resources by many. However, more and more fossil fuels are becoming more limited. Oil sands are well on their way to becoming a highly reliable energy source in the future.