Launchers. They’re the first thing someone downloads when they feel they should get more out of their Android phone. They’re just superficial, but they add a special feel to your device. Whether, it be changing your screen transitions, fonts or icons; the best launchers allow you to customize so much more.

If you’re bored with your existing home screen, there are a bunch of apps you can download to make your smartphone experience awesome again. These are called ‘Launchers’. A launcher is an app that acts as your phone’s main home screen, and also has the app drawer and widgets. Phones generally come with the Manufacturers launcher (i.e Touchwiz, LG, HTC Sense), but these are not as customizable as some of us like them to be. If you don’t feel at home with the stock launcher, installing a new one is as easy as going to the Play Store and searching.

To help you make a better choice, we’ve rounded up what we think are the top 10 Android launchers. There are thousands of launchers, and it would take a lot of time to download all of them and figure out which one you love. We’ve done that for you. 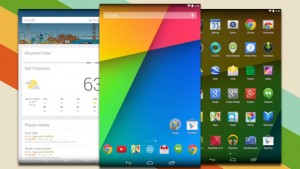 The Google now launcher is what Google pre-loads on all Nexus devices. It’s free, it has button free controls, and you get access to Google Now by just swiping to the left. It’s compatible with all handsets running Android 4.x and above. 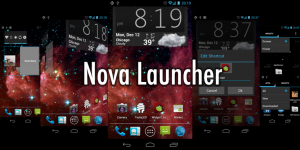 Nova Launcher is another favorite of the XDA community. It’s a stand-out launcher offering enough customization without feeling tremendously unfeasible. The Prime version is paid, but offers more options than the free version. 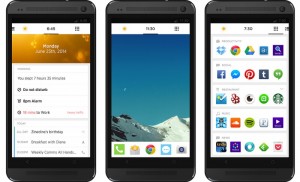 Aviate launcher was a startup company, which got taken over by Yahoo. Aviate builds a personalized home screen based on your activities. You can change these manually as well, but Aviate figures out where you are and what time of day it is, and tweaks your home screen accordingly. If you plug in your headphones, Aviate quickly changes the mode to ‘Listening’ and gives you access to your media controls on your home screen. Get in the car, and Aviate offers you GPS and navigation options. Aviate requires the least user-input out of all these launchers, but you’ll be losing out on a bit of customization. 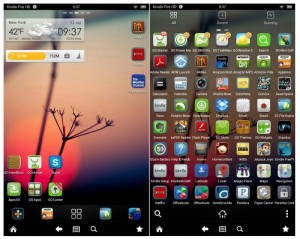 Go Launcher is a flashy launcher which offers lots of customization options. The screen transitions and the app drawer are to die for. There’s a built-in store which you can go through for Go compatible apps and for just $5.99, you can get Go Launcher Prime, which offers app specific locks and removes ads. 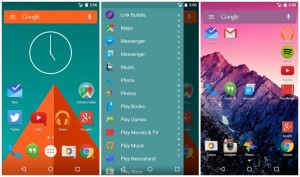 Action launcher has some unique features. Like the quick-access shortcuts, special gestures and one-touch widgets, they’re nifty but come at a price. You’ll have to pay for all the features, and you’re losing out on the customization you get with Nova or Go Launcher. 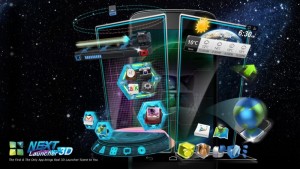 Next launcher is a complete Battery and resource hog, and costs as much as a bottle of Bacardi. Then Why, you ask, did we include this launcher in out list? It’s completely different from the other launchers and jaw-droppingly cool. The 3D effects are below none, but considering it costs more than Bacardi, it’s your choice.

These are the Best of the best, but there are also some other launchers which must be mentioned, though they didn’t make the list. 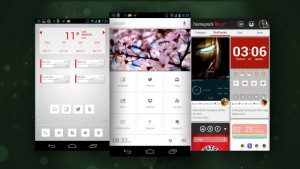 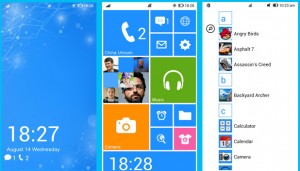 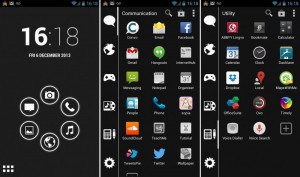