With the advent of smartphones to such an extent in our lives, it has become inseparable and people continue using it at all times of the day. As of now, there are 2.1 billion smart phone users from all over the world. The usage of mobile phones is only set to increase in the year to come. With this post prepared by http://binariks.com, we will bring to you the top 11 trends in mobile app development that will rule the markets in 2017. 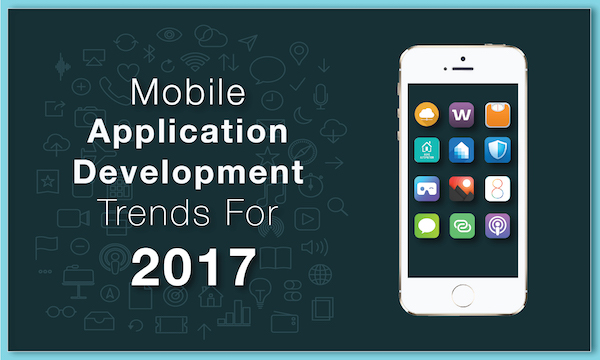 Google has come up with AMP in the past one year and they have decided to keep a separate search index for mobile searches, thereby changing the scene entirely in the SEO and web app markets.

Although people are now familiar with AR and VR, they are not aware about the evolution that has continued to happen in the market. The gaming experience has changed to a great extent with the emergence of AR and VR.

There will a 3x rise in the artificial intelligence investments in the coming year and machine learning techniques will be incorporated to an amazing extent.

Cloud has continued to have a major impact on our lives and with cloud computing, there is minimal requirements expected from the smart phones.

Business requirements will be streamlined to a great extent by making use of micro apps and enterprises and teams will be able to collaborate at a far better extent.

App developers will emphasize on the logging in methods and security methods of apps as hackers have started targeting apps to a great extent now.

The market for wearable devices is set to increase greatly and in the past year alone, we have seen major launches by the popular players in the market.

Rather than using credit cards and debit cards, people have started sticking to Google Wallet and Apple Pay to make online purchases. When this is used alongside wearable devices, there will be a great advent in the future.

Cloud based apps are getting adapted to the mobile scene rather easily off late. Internet of things is also witnessing a 33% growth every year and it is dominated by smart phones.

Service based applications that include location services are catching up. Usage of Wi-Fi is not confined to certain places only and personalized app based marketing will definitely see a rise in the year to come.

With the next generation of iOS development software, Objective C might have to see an exit due to the agility and complexity of Swift.

It will certainly be a promising year for mobile app development!