Best Free VPN for Torrenting :- VPN or Virtual Private Networks are helpful to protect your privacy and provides you with a secure connection to the internet. While using a VPN, you can surf the web anonymously, protect yourself from hackers, and keep your traffic data private.

Now, as you might know, many Torrent portals are banned by the government due to multiple reasons, mostly because of piracy and copyright issues. But that does mean Torrents itself is a banned or illegal technology. In fact, there are perfectly legal Torrents out there as well that are used to distribute any form of media that falls under public domain.

Irrespective of the reason behind why you want to use Torrents, having a VPN established while access such sites and portals, helps to protect you.

What to expect from a free VPN for Torrenting?

While using a VPN for Torrenting, you will be looking for high bandwidth, security, and a high or preferably unlimited data cap. Such facilities are hard to come by with a VPN. This is basically because a VPN isn’t merely a piece of software, but rather an ongoing service which requires ongoing maintenance.

Even still, we have managed to come by some reputable free VPNs that should be reliable, and efficient for your Torrenting purposes. So without further ado, here are 4 Best Free VPN for Torrenting:

TotalVPN is considered one of the best VPN service providers, and that too for multiple reasons. It provides its users with a multitude of different features and also boasts a free plan. Now on the free plan, there are certain restrictions, the biggest one being that it only connects to servers in Amsterdam, Iceland, or Singapore. There is also a limitation on the amount of data you can use, and free users can only access one connection at a time. 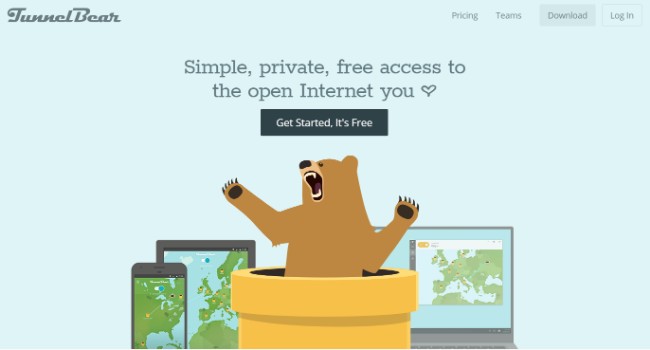 TunnelBear is another one of the elite VPN service providers that comes with a free plan for its users. Most of the features provided to paid users are also covered for free users, but with a monthly cap of 500MB. Now if you think that is too low, you can increase it by talking about the company on sites like Twitter, to get another 500MB of extra data. Again free users also have the opportunity to connect to up to five simultaneous devices from a single TunnelBear VPN account.

Hide.ME offers free as well as paid VPN plans. Even of the free plan, you are assured that none of your logs will be stored, and you are guaranteed total anonymity. Other features include 2GB of data transfers, two server locations, and VPN protocols such as PPTP, SSTP, and L2TP. However, you will not get any OpenVPN protocol support. Also, speeds on their free VPN servers are quite slow.