The age of the internet comes with a lot of advantages in terms of making a business visible. Unfortunately, these advantages are also afforded to any potential competitors. Given this reality, it can difficult to make your business stand out from the pack.

A question we commonly see asked from both new and veteran business owners and managers is whether or not freebies are the right way to combat this issue. Where exactly are freebies the most important, and what is it that makes the best of these so advantageous? 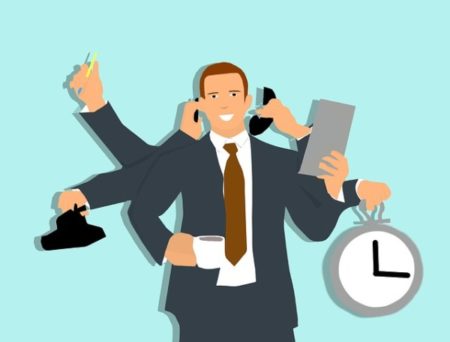 Before beginning, it’s important to note that there is no simple one-size-fits-all solution for free offers in business. What is right in a physical business is going to be very different from free offerings available in online-focused industries, so this is the first element we’re going to have to understand.

If your business operates in a mostly physical space, then the potential freebies you can offer might be more limited, and in some ways be more expensive. That said, they can also be far and away the most effective, if properly developed.

The first thing you need to consider here is what type of scale you want to look at. Would you rather turn to a single large freebie or a longer running lower-scale offering?

Imagine if you ran a business that sold house-hold appliances. A single large freebie could come in the form of a promotion that gave away multiple appliances to new homeowners. A promotion such as this might use an entire freebie budget in one go, but it would also likely draw in much larger numbers for a shorter period.

On the other hand, you could also run a business that offered promotions on winning single appliances throughout the entire year. This wouldn’t draw in a spike of customers as quickly as a single enormous promotion, but it could bring in a much more consistent customer-base.

The other side of this equation is that of advertising. Promotions act as advertising in terms of draw numbers, but it is also necessary to promote the promotion. Traditional methods of this, such as radio advertising, can be expensive, especially for long-running promotions, which can add another cost that needs to be factored in.

At least with modern social media, it can also be possible to reach a significant digital audience cheaply, or even free. The only real issue here is that it requires businesses to first acquire a social media following, otherwise, this form of advertising can be akin to yelling into the void.

Working from a digital standpoint can make the type of freebies you offer much more flexible, but it can also make it difficult to find a type of freebie which is directly applicable to your business. For example, we could consider the freebies made available from online entertainment websites.

These make their earnings from people putting money on their games, but this can be an intimidating aspect for unfamiliar players. To combat this specific issue, these services often offer free slot play over much of their game libraries. This means well over a hundred games to play for free covering a wide range of themes, helping the players get more familiar and comfortable.

Other online services adopt a similar route to drawing in an initial user-base. By going free just at first, it can be possible for something like a social or business-networking platform to generate the initial numbers it needs, before adopting a priced model.

Freemium games and services also take comparable paths, offering parts of their services for free as a permanent pricing model. The key for these businesses is to find the right balance, to give away enough to entice and satisfy, while also showing enough value that the customer wants to purchase more.

Finding the right freebie promotion for your business is rarely going to be an easy task. If you’re struggling for ideas, then consider checking around other similar businesses over the internet, to see if any of their freebie concepts can be adapted for your own business.

It might take a few attempts, but there is a reason that such promotions are so common and successful in online and offline businesses both. Keep at it, track what works and what doesn’t, and you could be well on your way to more customers, and a bigger market share.