Visiting Mexico is one of the best thing you should do in your lifetime. It is a city which will leave a strong spell on you, unlike anything you might have experienced before. It should be one of the top places which you should visit before the end of the year. Apart from the things to do in Mexico you might have planned out, the following are some helpful tips which will ensure that you accomplish your mission. 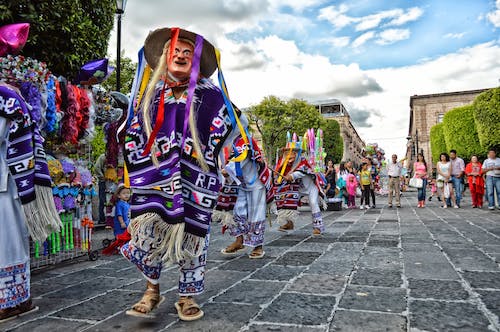 Crime related to tourists include financial kidnapping, pickpocketing and taxi scams which have been able to reduce for quite a while now. In Mexico as a country, crime that is high is the gang-related and thus, petty theft is less. So if you can stick to areas of town which are not problematic, you should not experience any problem.

While it might not be easy to tell if you will be affected by the altitude, there are things which you can do to prevent it from happening. One of the most important ones is to ensure that, you are well hydrated before you land to avoid eating carbs, salty food, and for the first few days, avoid alcohol.

To also reduce and prevent the symptoms of altitude sickness, you can visit a local doctor to prescribe medicines such as Acetazolamide for peace of mind. So once you know what to expect, the best is to prevent and know what to do in case you become sick. Rest could be the best option also if you find that you are feeling sick.

If you want to go with the smoothie or freshly made drinks with water, ensure that it is made with water that is purified. If the counters have purified water, then that will be fine for you. But if the water is being taken from a water pail directly, then avoid it completely.

In Mexico city, unpurified water is one of the common causes of sickness. Apart from drinking the water, also eating raw food might make you become sick as long as it has been washed with unpurified water.  To be super sure, it is best to go for cooked food which will mean that, you miss out on most of the delicacies served on the street.

Even buses and cars tend to be as vibrant as the city around them. The coloring makes the neighborhood looking great and this makes even the people around not to want to engage in crime as they pride in their artistic work.

You can go around the streets for hours without getting tired of mesmerizing on this great arts. When you are planning a trip at times you could be focused on famous landmarks or museums that you end up forgetting to appreciate the wonder which is found on the streets.